How good are organizations in the basics of digital security?

During and after the corona pandemic we started working together more digitally. This has made it easier for us to exchange information digitally with each other. Cybercriminals (hackers) eagerly take advantage of the knowledge deficit among employees and the mistakes that organizations make in setting up and keeping IT systems up to date.

Erik Jan Koedijk (public speaker, author of RESET! and cybersecurity professional) investigated ‘From the outside’ whether organizations (government, vital organisations and IT suppliers) have their basics in place to protect against criminal activity (such as Ransomware, Wiper ware, Spoofing and Phishing). His findings will be published in an article which will be published April 15, 2022.

The consequences – if basics are not in place – can be disastrous: from leaking or stealing data from residents that are stored in organizations systems to completely shutting down an organization or even a vital infrastructure such as the power grid or telephone network.

With the war in Ukraine it probably won’t get any better. It is to be expected that digital espionage, digital influence and digital sabotage will also increase. After all: everything is tied to the internet.

In the coming weeks Erik Jan will be publishing a few blogs regarding the topic of cyber security. In these the focus will be on getting the basics right, cybersecurity awareness and tips for residents and businesses. Also his 90 minutes incompany Cybercrime Awareness Masterclass has be renewed including a quiz. Employees are enthusiastic and prepared for 90% against attacks and act straight away. Interested in the masterclass for your organisation? Get in contact with Erik Jan or find more info.

I just arrived back in Amsterdam. I visited Aruba in March and my research started March 1 2022 and will be finished April 9 2022.

During my research I also performed a check of NV GEBE. One week ago they were hit by a ransom software virus “Black Byte” which interrupted their systems! They were advising the public that with immediate effect not to open any GEBE emails or attachments until further notice.
Due to the aforementioned, NV GEBE decided offices will be closed to the public until further notice. (which was published by NV GEBE, March 17 2022).

At March 24 2022,, NV Gebe informed to the general public that their Main Office in Philipsburg and Branch Office in Simpson Bay are still currently closed to the public. They shared specific phonenumbers for service such as:

They also informed that customers who uses the online banking system can make payment via online banking or can walk into the bank(s) and pay their utility bill(s).
The NV GEBE MyLogin is inaccessible due to the system being down.

This leak at NV GEBE appears to be a collection of about 11,000 PDF scans of documents related to customers, internal powerplant operations technical scans and financial BAU type records. 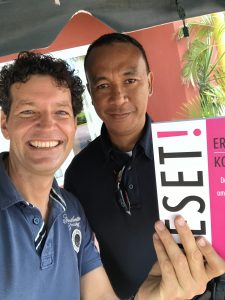 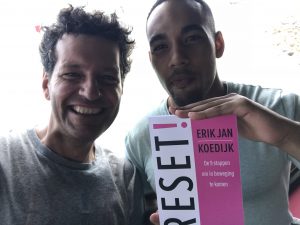 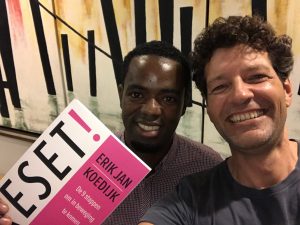 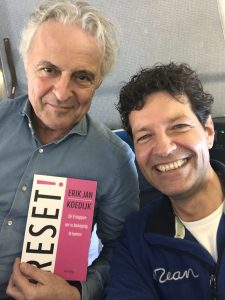 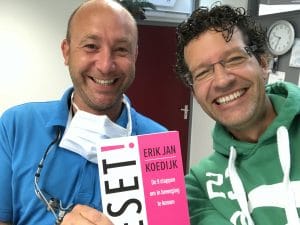 Interested in Cybercrime Awarness masterclasses? Get in contact with Erik Jan. About Erik Jan: Erik Jan Koedijk has been visiting the ABC- islands for years. Many residents read his book RESET! in which he interviewed, among others, the most famous hacker Kevin Mitnick. Erik Jan visits the ABC-islands two months a year and gives, among other things, Cybercrime Awareness Masterclasses to organizations.

He teaches and inspires employees of an organization in a fun way how to make yourself more digitally resilient both privately and for work. After the masterclass, people are immediately able to work together more safely. During a recent masterclass, Erik Jan was asked the following question: How good is the security on the ABC-island in order at, for example, the important organizations and institutions? Interested in Cybercrime Awarness masterclasses? Get in contact with Erik Jan. About Erik Jan: Erik Jan Koedijk has been visiting the ABC- islands for years. Many residents read his book RESET! in which he interviewed, among others, the most famous hacker Kevin Mitnick. Erik Jan visits the ABC-islands two months a year and gives, among other things, Cybercrime Awareness Masterclasses to organizations.

Sorry, the comment form is closed at this time.